The Royal Antediluvian Order of Buffaloes

The cabinet on Wednesday night decided to reopen most closed businesses and to introduce a so-called Coronapass for people to be allowed into hospitality venues, churches, gyms, shops and other places starting Monday, while keeping an overnight curfew. No SMSs will need to be sent as of Monday.

A Coronapass entails either having a 72-hour-old negative PCR/rapid test for Covid or having received at least one dose of a vaccine three weeks earlier or having contracted the virus in the past six months.

A curfew will remain in force between 11pm and 5am with the following exceptions: travelling to and from work; visiting a medical centre or hospital or pharmacy or vet for an emergency. There will be no need to send a text for permission before going out.

Schools will reopen with physical presence with pupils having to submit to a weekly rapid antigen test.

Gymnasium, lyceum, and certain primary school years would have to present a 72-hour-old test on the first day, May 10.

Gatherings in public areas like parks, squares, beaches are allowed, provided they do not exceed 10 people, including minors.

Going to a place of worship would need a Coronapass. Until May 16, only a maximum 50 people will be allowed inside. From May 17, places of worship can let in 30 per cent of their capacity, provided they present a Coronapass.

From June 1, the permitted number will rise to 50 per cent of capacity.

Until May 16, lunches, dinners and other wedding or christening events can only accommodate a maximum number of 10 people including minors.

From May 17 onwards, such events will only be allowed outdoors with up to 200 seated guests who must present a Coronapass. Cocktail parties are banned.

From June 1, events will be permitted indoors with a Coronapass.

Church weddings, christenings and funerals can only be attended by a maximum 10 people until May 16. From May 17, the maximum number of people will be 200, provided they make up no more than 30 per cent of the venue’s capacity. A Coronapass is required.

Visiting others in hospitals will be allowed with the permission of the director and a negative PCR test up to 48-hours old.

Hospitality venues’ outdoor areas will reopen with patrons presenting a Coronapass. From June 1, they can reopen indoor areas.

Outdoor and indoor theatres and cinemas can reopen for people with a Coronapass and a maximum number of 50 people until May 17.

After that, they can allow 30 per cent of their capacity indoors and 50 per cent outside with a Coronapass. That number will increase to 50 per cent on June 1.

Municipal markets will operate at a 50 per cent capacity and physical distancing without a Coronapass.

Malls and shops can reopen provided their customers present a Coronapass to enter. Large shops must also observe physical distancing rules, allowing in one person per 10 square metres.

Beauticians and hairdressers can operate without a pass.

Gyms, dance schools and other similar places can operate under previous protocols and their clients having a Coronapass.

Betting shops can resume operations with customers seated outdoors and no Coronapasses needed.

Casinos will remain shut until May 16. From May 17 onwards, they will operate on 30 per cent capacity until June 1, when it can rise to 50 per cent. Visitors must have a Coronapass.

Swimming pools will resume operations for training purposes. Beaches will reopen with the same health and safety protocols as last year and no need to present a Coronapass.

Picnic areas, reservoirs and zoos can be visited without a pass.

Group tuition, sports and social activities involving children under 18 is allowed based on previous protocols – six plus one. Indoor extracurricular activities will necessitate a 72-hour negative test. For outdoors activities, participants will have to submit to a weekly test.

Nightclubs, and other similar venues will remain closed.

Play areas, amusement and theme parks will also remain closed until May 16. From May 17 onwards, they can resume operations outdoors, without social events like birthdays.

Conferences and trade exhibitions are prohibited until May 16. They can resume from May 17 onwards provided they only allow in 30 per cent of venue’s capacity, 50 per cent from June 1. Attendees will have to present a Coronapass.

Visits to carehomes and other similar facilities will be allowed provided visitors present a pass.

Camping areas will remain closed. Hotel stays will be allowed as of May 10 with a pass.

Election gatherings are allowed provided the venue’s capacity is observed and attendees remain seated. Cocktail events are prohibited and a pass is needed.

Civil service staff will continue to work from home until May 16 wherever applicable. From May 17 a physical presence of up to 50 per cent should be ensured if possible.

Private businesses will continue to work with 30 per cent of their staff present with the maximum number being 50 per building and the minimum five. From May 17, 50 per cent of staff can be physically present.

Concerning the May 15 football cup final, the cabinet said fans can attend but only up to 15 per cent of the stadium’s capacity. A pass will be required.

The cabinet decided on Friday to impose a lockdown between April 26 and May 9 in a bid to stem the rising numbers of infections and protect the health system.

Health Minister Constantinos Ioannou said a 9pm to 5am curfew will be imposed, as well as a ban of all gatherings anywhere.

The operation of hospitality venues, theatres, gyms, and shops will be suspended, as will barbers, hairdressers and beauticians. Restaurants can only offer takeaway and delivery.

People would only be allowed one outing a day after sending an SMS.

Church services will be held without worshippers except Easter Saturday.

Measures will be lifted on May 10 but negative tests will be needed to visit certain venues if a person is not  vaccinated.

The decision was taken during a long and reportedly fractious meeting of the Council of Ministers which Thursday had failed to agree on whether current measures should be extended, relaxed or tightened.

Physical presence is offices is to be reduced to 20 per cent of staff and half the staff will be required to do a weekly test, up from 20 per cent.

On May 10 Cyprus should be reverting to what is in force now. Ioannou called “strict measures for a short period of time in order to give a chance for additional vaccinations and take pressure off the hospitals”.

recommendations of the European Agency are clear: Increased diagnostic tests in the population, tracing and acceleration of the vaccination coverage.

Based on the above, the Council of Ministers decided today the following, with
effect as of Monday, 1 March:
1. Re-opening of public and private Lyceums and Technical Schools for 1st and 2nd Grade students, with physical presence.

2. Re-opening of conservatories, tutoring schools, educational centres, and
other afternoon facilities, with physical presence of up to two people including
the teacher (1 student and 1 teacher).

3. Re-opening of visual arts centres and galleries, according to the guidelines
and the health protocol of the Ministry of Health.

4. Re-opening of gyms, dance schools and other indoor sports facilities,
including swimming pools, based on the instructions and the protocol to be
issued by the Cyprus Sports Organization.

5. Visits to Senior People’s Homes are allowed, under the conditions set by the
protocol of the Ministry of Labour.

7. Access to nature trails for physical exercise is allowed.

8. Street vending and flea markets other than food are allowed.
Additionally, as of Monday, 8 March 2021:

9. Re-opening of all levels of public and private Gymnasiums with the
physical presence of pupils.

The aforementioned measures will be regulated by a Decree, and more
clarifications will be provided within the day.

The epidemiological indicators are continuously being evaluated, and we all
hope that course of improvement continues, so as to allow us to proceed with
the lifting of more measures. Within this framework, for planning purposes, it is
expected that, as of Tuesday, 16 March 2021, inter alia, catering
establishments will re-open on the basis of a special protocol which is being
prepared by the Steering Committee and an evaluation of the total number of
employees working with physical presence at service-providing companies
and/or other businesses/sectors will take place. More details will be made
available next week.

and Forms for exemptions during lockdown” 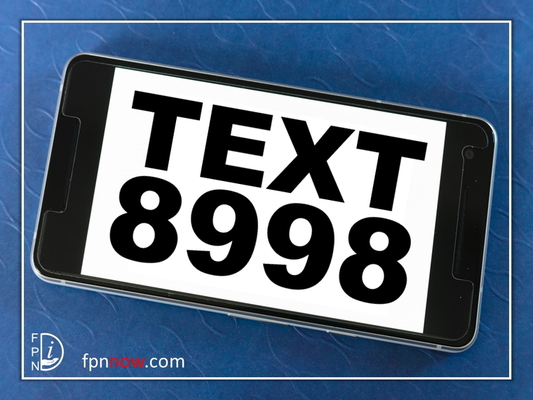 Following the latest announcement of measures to restrict the spread of coronavirus citizens of Cyprus must once again obtain permission via text message to leave their residence from Sunday 10th January.

Users can text their request by sending a string of numbers to 8998 free of charge in the following format: category (1-8), space, ID number, space, zip code (four-digit postal code).   You must wait for a positive response before leaving.

Movement for exercise purposes may not exceed 3 hours.

People walking their dogs (providing the walk remains within 500 metres of their home), and parents taking their children to and from nursery or kindergarten, and movement of disabled or autistic persons and their helpers are NOT required to send an SMS.

It has been clarified that persons travelling to and from work are not required to send an SMS but they must present the FORM A signed by their employer.  You can download the form in Greek on the following link FORM A – Employee Movement English will be added shortly.

Over 65’s may complete a handwritten form instead of sending an SMS if they prefer. The forms can be found on the following link in Greek.  FORM B – Over 65s   English will be added shortly.